What do you call a vegan guy who likes to pleasure himself?
A non-dairy creamer.

A young vegan couple decided to spice up their life so they bought “The Joy of Sex.” A friend later asked them if the book had helped. Disgusted, the lady replied, “We didn’t know what we were getting into. That book goes against everything we believe.” The friend, a bit surprised, asked them if they were against free sexual expression. “No,” said the man, “but you wouldn’t believe what they want us to put in our mouths!”

Why do vegans give good head?
Because they are used to eating nuts.

George Bushes, father Bush and son Bush, Bush Jr., are on board a small two seater plane when suddenly George Senior, the pilot, parachutes out of the plane. Not knowing how to fly a plane, National Guard Service or not, George, Jr. grabs the radio.

“Mayday, mayday! My Dad just jumped out of the plane!”

Ground control receives the call for help and answers back:

“He left me here! Took the parachute!”

“Okay, don’t worry, sir. I’ll talk you down, just do as I say. First I need you to give me your height and position.”

“I’m over six feet and sitting in the front!”

The lawyer first asked, “What is the distance between the Earth and the nearest star?”

Without saying a word the blonde handed him $5. then the blonde asked, “What goes up a hill with 3 legs and comes back down the hill with 4 legs?”

Well, the lawyer looked puzzled. He took several hours, looking up everything he could on his laptop and even placing numerous air-to-ground phone calls trying to find the answer. Finally, angry and frustrated, he gave up and paid the blonde $50.00

The blonde put the $50 into her purse without comment, but the lawyer insisted, “What is the answer to your question?”

Without saying a word, the blonde handed him $5.

Bill Clinton, Al Gore, and George W. Bush were set to face a firing squad in a small Central American country. Bill Clinton was the first one placed against the wall and just before the order was given he yelled out, “Earthquake!” The firing squad fell into a panic and Bill jumped over the wall and escaped in the confusion.

Al Gore was the second one placed against the wall. The squad was reassembled and Al pondered what he had just witnessed. Again before the order was given Al yelled out, “Tornado!” Again the squad fell apart and Al slipped over the wall.

The last person, George W. Bush, was placed against the wall. He was thinking, “I see the pattern here, just scream out something about a disaster and hop over the wall.” He confidently refused the blindfold as the firing squad was reassembled. As the rifles were raised in his direction he grinned from ear to ear and yelled, “Fire!”

A man walked into the ladies department of a Macy’s, and walked up to the woman behind the counter and said, “I’d like to buy a bra for my wife” What type of bra?" asked the clerk. “Type?” inquires the man. “There is more than one type?” “Look around,” said the saleslady, as she showed a sea of bras in every shape, size, color and material. “Actually, even with all of this variety, there are really only three types of bras,” replied the salesclerk. Confused, the man asked what the types were. The saleslady replied “The Catholic type, the, Salvation Army type, and the Baptist type. Which one do you need?” Still confused the man asked, “What is the difference between them?” The lady responded, "It is all really quite simple. The Catholic type supports the masses, the Salvation Army type lifts up the fallen, and the Baptist type makes mountains out of mole hills.”

Two blondes walking down the street. One reaches into her pocketbook for a make up compact and looks into the mirror. “This picture looks like someone I know” she says. The other one has a look and says, “Of course dummy, it’s ME…”

Q. What do a Rubix cube and a penis have in common?
A. The longer you play with them, the harder they get.

Q. What does an old woman have between her breasts that a young woman doesn’t?
A. A navel.

For decades, two heroic statues, one male and one female, faced each other in a city park, until one day an angel came down from heaven.

“You’ve been such exemplary statues,” he announced to them, “That I’m going to give you a special gift. I’m going to bring you both to life for thirty minutes, in which you can do anything you want.” And with a clap of his hands, the angel brought the statues to life.

The two approached each other a bit shyly, but soon dashed for the bushes, from which shortly emerged a good deal of giggling, laughter, and shaking of branches. Fifteen minutes later, the two statues emerged from the bushes, wide grins on their faces.

“You still have fifteen more minutes,” said the angel, winking at them.

Grinning even more widely the female statue turned to the male statue and said, “Great! Only this time you hold the pigeon down and I’ll crap on it’s head.”

There were these three guys. They had been walking for 3 days and were very tired. They found a hotel, rented a room and went to sleep. Then, this old guy comes in out of nowhere, and says there is a magic pool just outside their hotel room. He tells them “Ok, you must jump off the diving board, and yell out what you wanna land in.”

So the three guys go over to the pool. The first guy, a vegetarian, yells out “Bananas!” and lands in a pool of bananas. The second guy was money hungry and yelled out “Money!” and lands in a pile of money. The third guy jumps, when a bird shits on his head, and he yells “Oh Shit!”

Really nice jokes, i really liked them read, and ready to read some more from you soon. 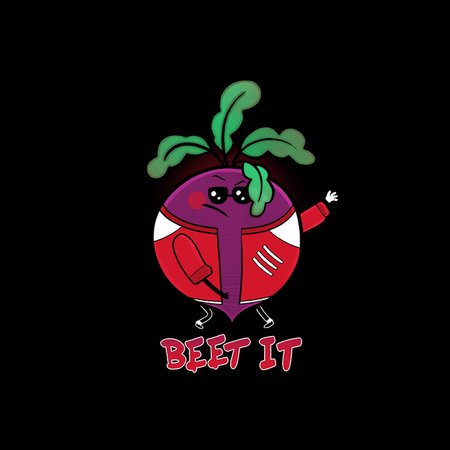