So, is anyone on this forum interested in etymology? I have been interested in it for a few years. How did I get interested in it? Well, it’s a long story.
I was going through a hard period in my life. When I was 16 (I am 18 right now), my mother ended up in jail for 1 year. It’s not that it was entirely unexpected, but I hoped that something would happen so that she wouldn’t, because I think that she is actually innocent. I mean, she had made some terrible decisions in her life, but I think that some other people are more to blame for what had happened than she is. My parents have been divorced since I was 2 years old, and they have always been, well, rude to each other. I spend that time with my father, and he thought my mother hadn’t raised me the right way. I know that he was trying to help me, but his “care” was rather abusive. I got mentally ill, I began hearing voices (perhaps because I was reading a lot about parapsychology on the Internet) and believed rather weird things, such as that the Moon is a hologram (I was also reading conspiracy theorists on the Internet a lot).
One night, I had a really weird dream. I dreamed reading somewhere that “Issa” (the ancient name for the Croatian island Vis, I am from Croatia, by the way) was the Illyrian word for “health-giving springs”, that “Issa” was named after a spring that gave water to the thermae there, and that it shares the same root as the Ancient Greek word for “to boil”. When I woke up, it made some sense to me, and I immediately asked myself if I had actually read it somewhere, forgot about it, and recalled it in that dream. So I spent a few days searching for that text on the Internet, and I couldn’t find anything similar. I gave up trying to find that text, and I tried to find out if that statement is coherent with, well, the facts that were already known. It seemed like it was. The Ancient Greek word for “to boil” was “zein”, and the Indo-European root of it was indeed *yes (quite resembling the name “Issa”). There truly were big thermae in antiquity on the island of Vis and the same element did appear in other places in Croatia where big thermae were in antiquity: the ancient name for Daruvar was “Balissa” and the ancient name for Varazdinske Toplice was “Iasa”. For me, that was enough proof that my dream was telling the truth. When I informed my father about my “discovery”, he was rather supportive. So, I continued making my alternative interpretation of the Croatian toponyms, I made a web-page about it, and, after more than two years, when I was satisfied with it, I contacted Dubravka Ivsic (perhaps the most prominent Croatian linguist these days). Quite surprisingly, she took me rather seriously. You can see my work and her responses (by clicking the “show/hide details” links) here:
flatassembler.000webhostapp.com/toponyms.html
Interesting story, isn’t it? I don’t think my dream had a supernatural origin, I have always been an atheist. I think that I knew the relevant things from somewhere, but that I wasn’t consciously aware of them. Human psyche can be rather weird.

Here are some of my favorite etymologies.
The English word “gymnasium” comes from the Ancient Greek word “gymnos”, meaning “naked”. Namely, ancient Greeks exercised naked.
The Proto-Indo-European word for “catfish”, *skwolos, is derived from the word *skwel, meaning “to shine”, because catfish has no scales, so its skin “shines”.
The Croatian word “crven” (red) comes from the Proto-Slavic word *čĭrvĭ (worm), because the Slavs used to make the red color from worms of the order Vermiculus.

Oh yeah, I was reading about gymnosophists a while back (and there’s also gymnosophy or simply sophy with a few etymologies). Well, I’m more likely to dream in terms of nudity than etymology myself. I still think it’s interesting though.
[spoil] 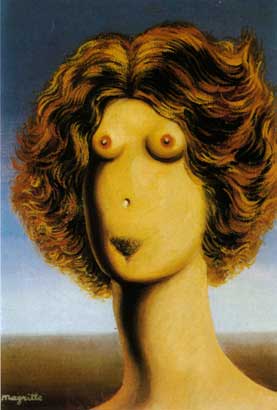 Coincidentally, I was reading that spearmint is an herbal remedy for hirsutism…[/spoil]