Almost all of the canola grown in Canada is genetically engineered. I imagine that’s generally the case elsewhere in the world these days too. Canola oil is a common ingredient in processed foods. Learn more about canola by logging in @ cban.ca/gmos/products/on-the-market/canola/

For once and for all let’s get the facts on Canola oil and uncover the myths. The number of half-truths and nonsense floating around the internet about this oil are outrageous.

Myth number one: All Canola oil is genetically modified. Not a fact.

Myth number two: Rape seed is related to mustard gas. Not a fact.

Myth number three: Erucic acid is toxic. Not a fact.

Myth number four: The European Union has banned canola oil. Not a fact.

Myth number five: It is better to use other vegetable oils than canola oil for cooking. Not a fact.

Here is a comparison of nutritional profile of canola oil vs olive oil: 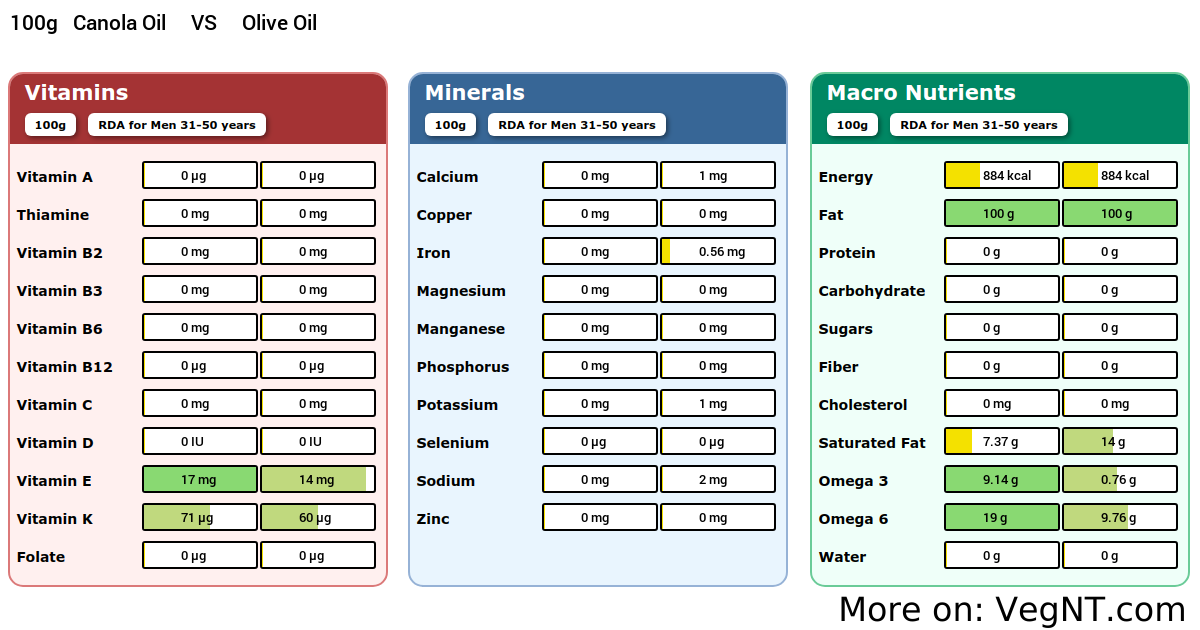 As you can see both oils lack most of the micro-nutrients.
The only exception is vitamin E and K, but considering that 100g of oil is almost 900kcal - not very impressive.
The only useful thing from canola oil is omega 3 fats.

If we compare the same canola oil with hemp seeds for example we can see how inferior canola oil is: 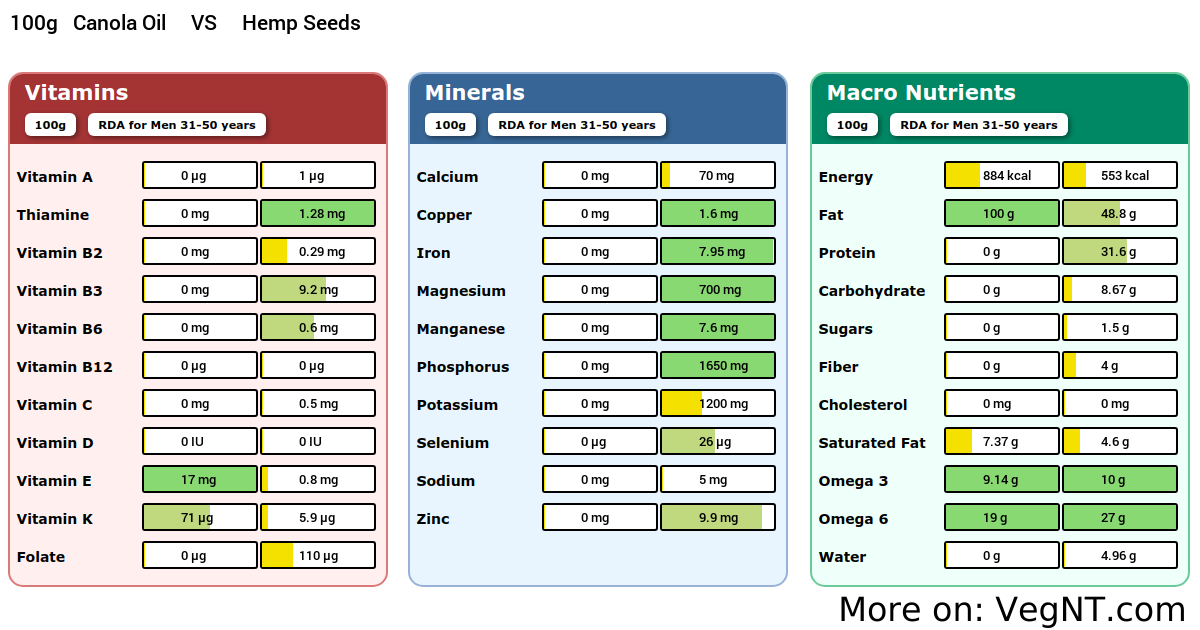 The only advantage of canola oil vs hemp seeds is the vitamin E and vitamin K content.
But 100g hemp seeds have 300kcal less than 100g of canola oil. So we have room for a lot of healthy vegetables to get the Vitamins required.

Canola oil is made from rapeseed. Rapeseed was bred to improve yield and protect against pests and more recently has been genetically modified. The term Canola comes from “Canadian Oil” although some people argue it comes from “Canadian Oil Low Acid.” Raw rapeseed oil is toxic because it contains Erucic. Canola oil is highly processed. It is claimed to be healthy because it has less saturated fats and more mono unsaturated fats then many other vegetable oils. It still contains about 30% polyunsaturated fats.

I do have some canola oil in my house. My wife likes it for cooking. Because it is so highly processed it has virtually no flavor. Olive oil has a flavor. Personally, I don’t use it as I try to minimize the amount of poly oil in my diet and I generally consider it a frankenfood because it is so highly processed. While canola does have a high smoke point for high temperature cooking I’ll typically use avocado oil, otherwise it is pretty much olive oil.