I look forward to the day when chickens can cross the road without having their motives questioned. What would make the world a better place for you?

Here’s to a better world! –

Life could be a dream…

I look forward to the day when chickens can cross the road without having their motives questioned.

But why did the chicken cross the chicane?
[spoil]To worm its way to the other side.[/spoil] 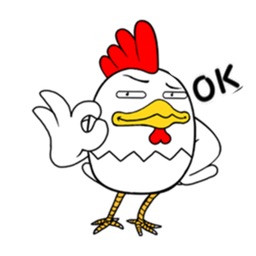 A world without religion. Seriously! Why can’t we have a world or even a country that’s free from religion? I’m not saying that it’s bad. Religion was made to protect humans and teach them a certain way to live and exist peacefully by making rules. But every other person who had a difference of opinion has gone out, acquired followers and created their own. This chain effect led to the creation of more and more religions, sub-religions, castes, riots, misunderstandings, hatred, and crime. The world would be so much better if there was no religion.