Passion flower (Passiflora; syn. Disemma Labill.) is a genus of about 500 species of flowering plants in the family Passifloraceae. They are mostly vines, with some being shrubs, and a few species being herbaceous. For information about the fruit of the passiflora plant, see passionfruit.

Most decorative passifloras have a unique flower structure, which requires a large bee to effectively pollinate (see photos below). In the American tropics, wooden beams are mounted very near passionfruit plantings to encourage Carpenter bees to nest. At the same time, the size and structure of flowers of different species of passiflora vary. Some species can be pollinated by hummingbirds and bumble bees, others by wasps, still others are self-pollinating. Passiflora species are used as food plants by the larva of the moth, Cibyra serta and many Heliconiinae (longwing butterflies). Notable among the latter are species like the Melpomene, Sara, and Rosina longwings.

The bracts of Passiflora foetida are covered by hairs which exude a sticky fluid. Many insects get stuck to this. Studies have suggested that this may be an adaptation similar to that seen in carnivorous plants. (Radhamani, et al)

The family Passifloraceae is found world wide, excluding Europe and Antarctica. Nine species are found in the USA. Passion flowers are found from Ohio to the north, as far west as California and south to the Florida Keys. Passion flowers are found in most of South America as well as China and Southern Asia (with 17 species), New Guinea, Australia (with four, possibly more species) and New Zealand with one monotypic member of the family.

Africa has many members of the family Passifloraceae, (the rather more primitive Adenia) but no Passiflora.

Some images of Passion Flower 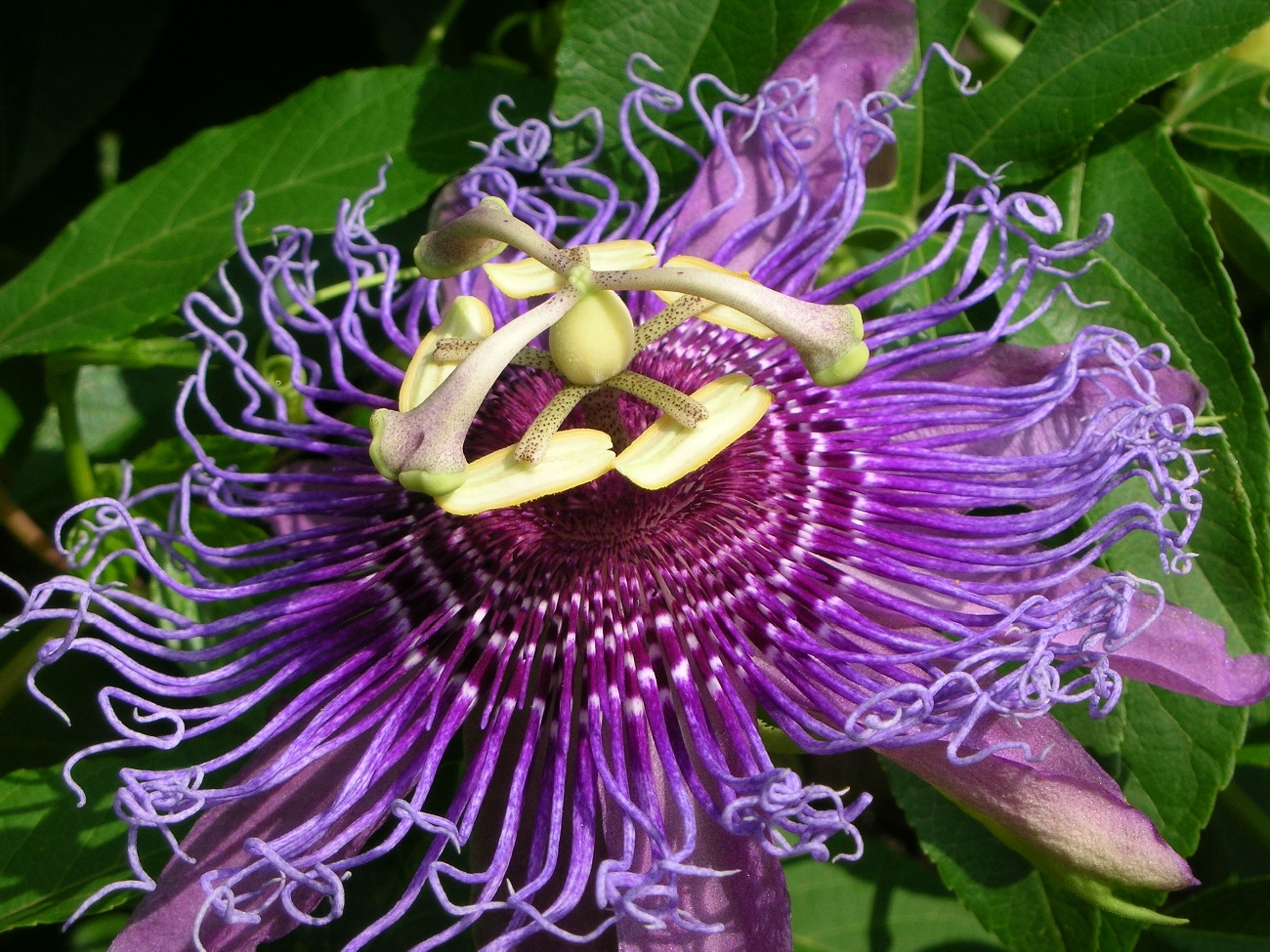