Echinacea commonly called the Purple coneflowers, is a genus of nine species of herbaceous plants in the Family Asteraceae. All are strictly native to eastern and central North America. The plants have large showy heads of composite flowers, blooming from early to late summer. Some species are used in herbal medicines.

The genus name is from the Greek echino, meaning “spiny”, due to the spiny central disk. They are herbaceous, drought-tolerant perennial plants growing to 1 or 2 m in height. The leaves are lanceolate to elliptic, 10–20 cm long and 1.5–10 cm broad. Like all Asteraceae, the flowers are a composite inflorescence, with purple (rarely yellow or white) florets arranged in a prominent, somewhat cone-shaped head; “cone-shaped” because the petals of the outer ray florets tend to point downward (are reflexed) once the flower head opens, thus forming a cone.

The species of Echinacea are:

Echinacea is popularly believed to be an immunostimulator, stimulating the body’s immune system and warding off infections, particularly the common cold. However, its clinical efficacy has not been established.[1]

Echinacea angustifolia rhizome was used by North American Plains Indians, perhaps more than most other plants, for various herbal remedies. Echinacea was one of the basic antimicrobial herbs of Eclectic medicine in the mid 1800s through the early 1900s and its use was documented for snakebite and anthrax. In the 1930s “Echinacea” became popular in both Europe and America as a herbal medicine.

Some images of Echinacea - 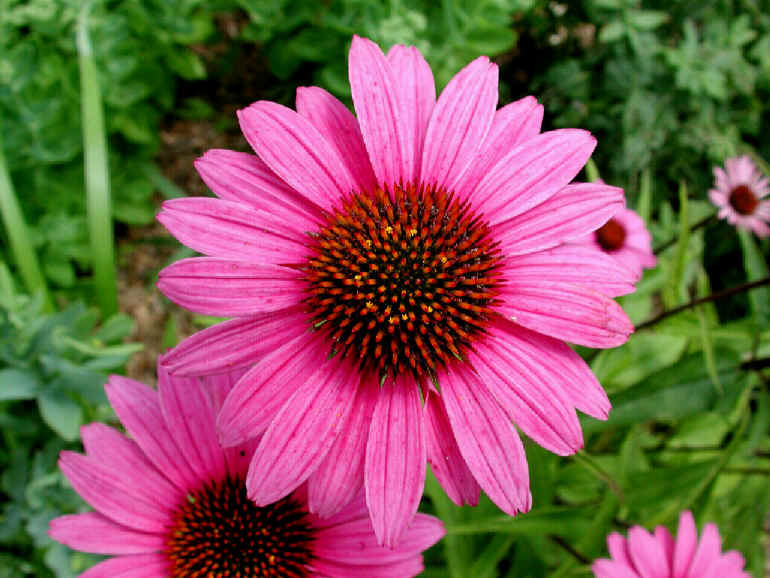 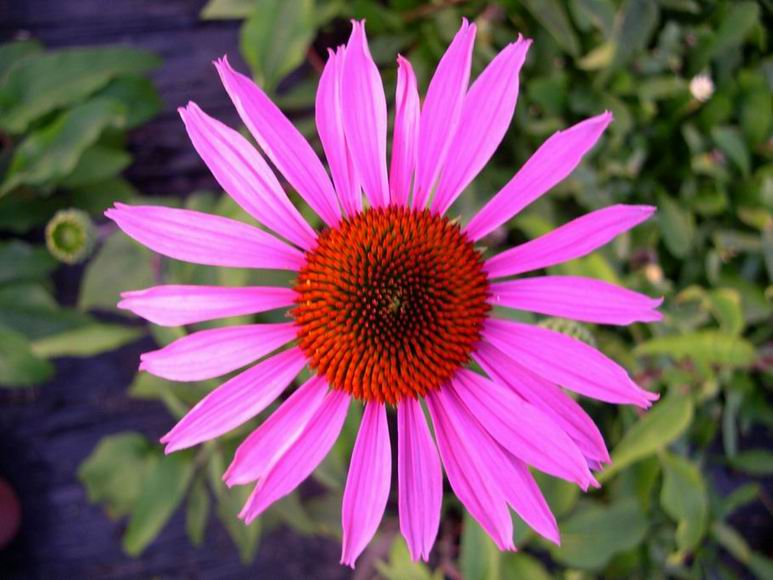