Coltsfoot (Tussilago farfara) is a plant in the family Asteraceae.

Coltsfoot is a perennial herbaceous plant that spreads by seeds and rhizomes. Tussilago is often found in colonies of dozens of plants. The flowers, which superficially resemble dandelions, appear in early spring before dandelions. Leaves do not appear usually until after the seeds are set. The plant is typically between 10 - 30cm.

Coltsfoot is native to several locations in Europe and Asia. It is also a common plant in North America and South America where it has been introduced, most likely by settlers as a medicinal item. The plant is often found in waste and disturbed places and along roadsides and paths. In some areas it is considered an invasive species.

Coltsfoot is used as a food plant by the larvae of some Lepidoptera species including The Gothic and Small Angle Shades. The Coltsfoot is also worked by the honey bee (Apis mellifera mellifera).

Some images of Coltsfoot 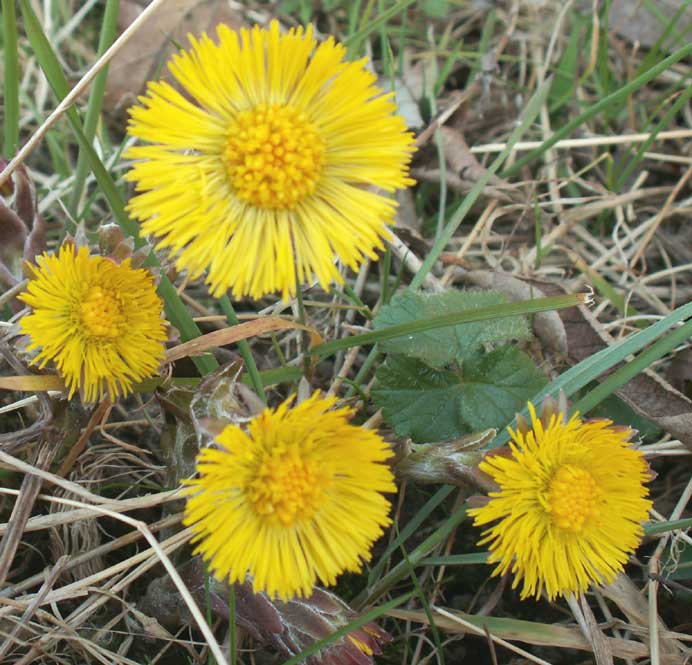